KYLIE Jenner gave fans a glimpse of her post-baby curves in a rare never-before-seen scene on The Kardashians wearing a skin-tight leather dress.

The star wowed viewers as she geared up for a red carpet event in the weeks after giving birth to her son.

Kylie, 25, was followed by Hulu cameras as she prepared for the show’s premiere.

The star donned a leather dress that hugged her curves, striking a series of poses.

“I feel like I’m stepping out of my comfort zone a bit.” 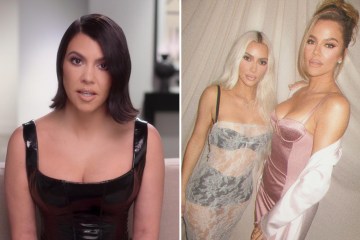 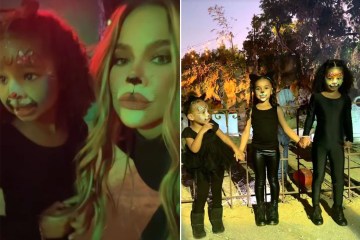 She went on to say, “I’ve been in my pajamas for nine months, but I feel really good tonight.”

Kylie was joined by her entire family except for her sister Kendall Jenner, who was absent due to illness.

Since the release, the star has continued to proudly display her figure.

In fact, fans have accused her of posting thirst traps – alleging she might be doing it to get to Travis Scott, who fans believe she’s parted ways with.

Most read in Entertainment

On Friday, Kylie took to her Instagram Stories to show off her Halloween costume.

She posted snaps that appeared to be from behind the scenes of a larger shoot, giving fans a glimpse of the see-through dress she was wearing.

In the first group photo, the mum-of-two stared straight ahead with her breasts partially visible through her ensemble, which appeared to be made of strips of tulle-like fabric.

She donned black lipstick and her eyebrows appeared to be drawn in a different way than they normally are, pointed upwards towards the top of her head.

Kylie also shared a photo showing a designer working on her dress, apparently putting the finishing touches on it.

She appeared without her costume wig, wearing her brunette hair flowing down her face and around her shoulders.

The Keeping Up With the Kardashians alum wore a sleeveless white cotton ribbed shirt under a black leather jacket.

For bottoms, she wore matching white boxers and finished the look with a jewel-encrusted zip clutch.

Kylie tagged Judith Leiber Couture, a handbag brand, with which she collaborated to create the nearly $5,000 “fancy crystal-covered brass handbag” she had on her hand.

Seemingly responding to fan speculation, in another Instagram Story post, Kylie again showed off the bag but this time captioned the photo “@judithleiberny collab alert. Inspired by my daughter.”

The reality star’s latest collab has fans thinking she hinted at the little one’s nickname with the design.

Kardashian fans were convinced the Kylie Cosmetics founder finally revealed her infant son’s name eight months after he was born.

All the Kardashian-Jenner women recently teamed up with Judith Leiber to create their own signature handbags.

Kylie originally uploaded photos of herself wearing the same leather jacket and underwear combination to Instagram on Monday.

The star kept the camera low angle as she showed off her exposed flat stomach. 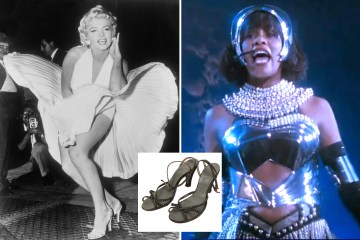 She parted her brown hair to one side and left a long lock hanging around her chin.

After leaning in for another snap, the reality star licked her lip as she posed.