Many essential institutions have been exposed and deemed insufficient during the pandemic – the healthcare system is one, and another is education. Not the generously funded private system, but the increasingly impoverished and abandoned public sector. chalk face is both a scathing tale of failure and an eulogy to the commitment and perseverance of professionals trying to do more with less, in a time of COVID and numbing bureaucracy.

Betzien, in his program note, describes chalk face as “a love letter to all those teachers who taught us to read, write and above all to think”.

Pat Novitsky is one such teacher. In her fifties, smart and inspiring, she was progressive in the glory days of the last 20e-innovation of the century, but he is now exhausted, cynical and haunted by futility.

On a recent summer cruise to Hawaii, her close friend and colleague, Sue Handley, fell dead in front of her. No one from West Vale Elementary School attended the funeral. Pat faces a brutal, thankless and heartbreaking professional future. And, as a final straw, there is the unexpected re-enrollment of his nemesis, the problem student – Hurricane Little.

The arrival of Anna Park, a first-year master’s teacher in neuroplasticity and child behavior, is another provocation. Anna’s youthful zeal and optimism arouse bitterness and contempt, especially when the new teacher decides to ride out the hurricane.

Mark Shelton’s lighting brings warmth to the human comedy of the Staff Room, a dreamy pastel hue in the fleeting, offbeat interludes between scenes, and flashes and breakdowns in the unexpected incendiary of the final scenes. Composer Jessica Dunn’s sound design deftly captures fast-paced dialogue and bangs, and her prop compositions for chimes, bongo beats and upbeat piano provide an upbeat shift to the action’s darker satire.

The performances are engaging and the characterizations witty and sharp. As Denise Hart, Susan Prior unfolds from the opening scene in a sweet reverie all her own. She features an interpretive dance with maracas between scenes, and her budding pregnancy acts as a timeline for the school year. Michelle Ny as Mrs. Filch, the maniacal financial controller with a murky past in banking, patrols the photocopier and stationery closet like a hawk and her grammatically garbled announcements over the PA system are a hoot. Ezra Juanta as Steve, the physical education teacher, half-paralyzed and in rehab after a prank from Hurricane Little, is especially vivid when his paranoia about a certain black Honda Civic ramps up in the final scenes.

The school’s principal, Douglas Housten, played with smarmy relish by Nathan O’Keefe, is the comedic villain. Nicknamed Thatcher, from the name of the Lady of neoliberalism, he is the son-clamp of the stock market, the sweeper of ethical disagreements, the oily intermediary between staff and parents. O’Keefe’s smirk is emblematic of beleaguered management but, in his speech, when he asks a teacher to press a stone, he has a chance to fight back. “Blood coming out? ” he asks. “No? That’s my job as a public school principal. 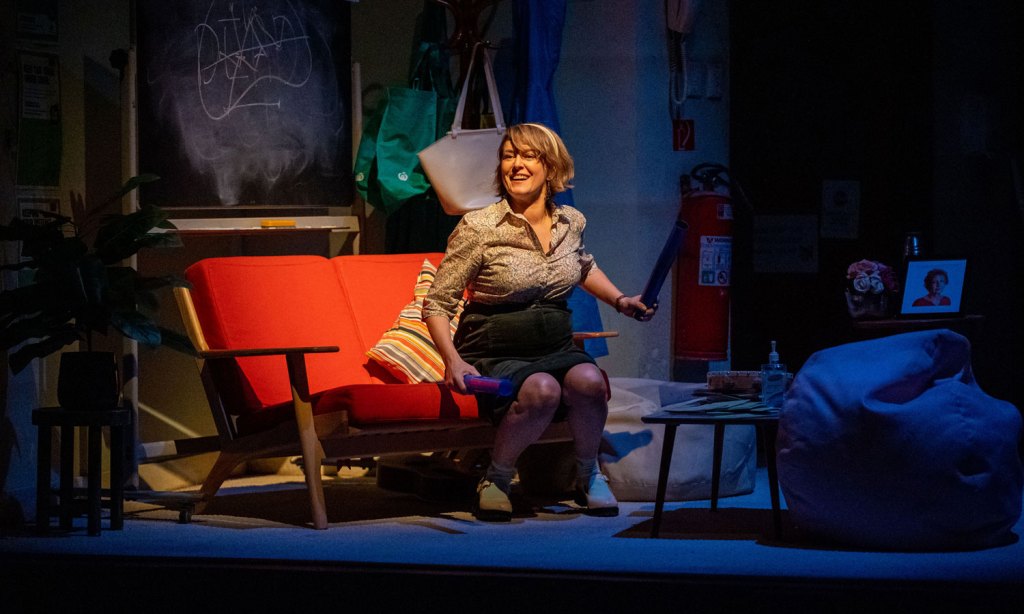 Like Anna Park, the newbie teacher with a head full of ideas, Stephanie Somerville is excellent. Betzien wrote a millennium with political integrity and a true sense of vocation. We respond to his intelligence and willingness to make more use of educational opportunities even when policies are mechanical and obtuse. She is not an easy target for Pat Novitsky and their scenes together are the highlights of the play.

Catherine McClements, as Pat, is the safe center of the production. From the opening scene, McClements establishes this bossy but broken and embittered teacher who is fed up with the system but also mired in nihilistic defeat. She’s cunning and quick and her jokes stay with us. On NAPLAN: “You don’t fatten a pig by measuring it.” It is she who ironically reminds us that the word pedagogy does not only designate the art and science of teaching, but derives from the Greek “paidagogos”, designating the slave who accompanied his master’s children to school. .

McClements’ quirky scene with Somerville in the stationery cabinet is a key moment and a clue to the ambition of Betzien’s sometimes diffuse and scattered text. It is a dialogue (and also a truce) between one generation and the next, and the reinvigoration of the weary and exhausted by a new strained guard.

For all the jokes and slapstick, whimsical dark comedy, chalk face tells us about a crisis in our schools. And this is a lesson to be learned before it is too late.

Chalkface, a co-production of the State Theater Company South Australia and the Sydney Theater Company, plays at the Dunstan Playhouse, Adelaide Festival Centre, until August 20. He will also perform at the Sydney Opera House from September 15 to October 29, and at Parramatta and Canberra in November.

Your support will help us continue the important work of InReview in publishing free professional journalism that celebrates, questions and amplifies the arts and culture in South Australia.