Editor’s Note: All week we’ve been giving away some major goodies in the form of Barbara Crampton Divas of Darkness transformations, courtesy of Los Angeles makeup artist Brett Freedman. Today we bring you the grand finale, Barbara Crampton as … the Halloween Queen, Elvira Mistress of the Dark! (And in case you missed it, you can see the first and second part of the series here!) Take a look below for Freedman’s Diary of a Makeup Artist and Barbara’s Complete Photo Set.

Who encompasses everything we love more than Elvira? Horror and humor with a side of boobs. I’m a gay man and still think Elvira’s slender figure is what dreams are made of. Okay, so if you’re following this week, you’ve seen how we turned actress Barbara Crampton from Damsel in Distress (and Distress!) To the iconic Divas of Darkness. How not to pay homage to the brazen character of Cassandra Peterson ?! On the makeup side, this one was easier for me. It was really fun taking pictures of Cassandra’s beauty and zooming in to replicate the details. I have to say I have an even deeper respect for Elvira’s glamor. 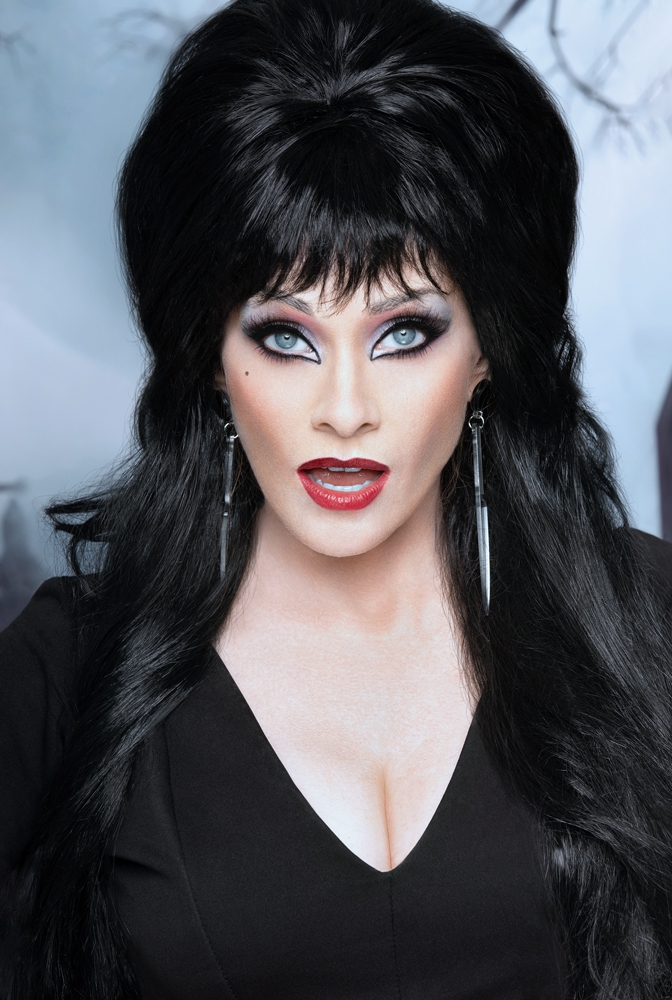 The slanted and exaggerated eye peeking out behind a curtain of jagged bangs is so awesome. We see a lot of animated redesigns of the eyes with white and black liner, but Elvira has been doing this since the 80s. All of RuPaul’s drag racing competitors use this technique these days. Iconic scarlet lips and black to red claw-shaped nails complete the look. Costume designer Milda Bublys molded the bodycon black dress with jagged, curtain-shaped spider web sleeves. When deployed, the sleeves look like the most beautiful pure catacombs in the world. Oh, and of course a slit there, leading the eye to a jeweled dagger that Milda made to measure.

Photographer Lesley Bohm photographed Barbara both against a super bold red backdrop and against a gothic castle backdrop. She added harsh, bright lighting that would turn the Mona Lisa into a stunning cartoon. Honestly, it was difficult to decide which setting was the most striking. There really is something about a primary color background. It’s so graphic and 80s. Elvira was our last Dark Diva of the day. Energy wise, you’d think Barbara would be a bit low in wattage after a long day of filming. Not the case! After spending the day in the mostly stoic bodies of The Bride and Wednesday, it was fun to see Barbara turn on Elvira’s playfulness. In fact, I was shocked at how much Barbara looked like Elvira and how her exaggerated pose really brought it all to life. Watch the BTS video to catch a glimpse of all the shenanigans on set and the genius that is Barbara Crampton. It’s Halloween, and Barbara has definitely brought the holiday ham! 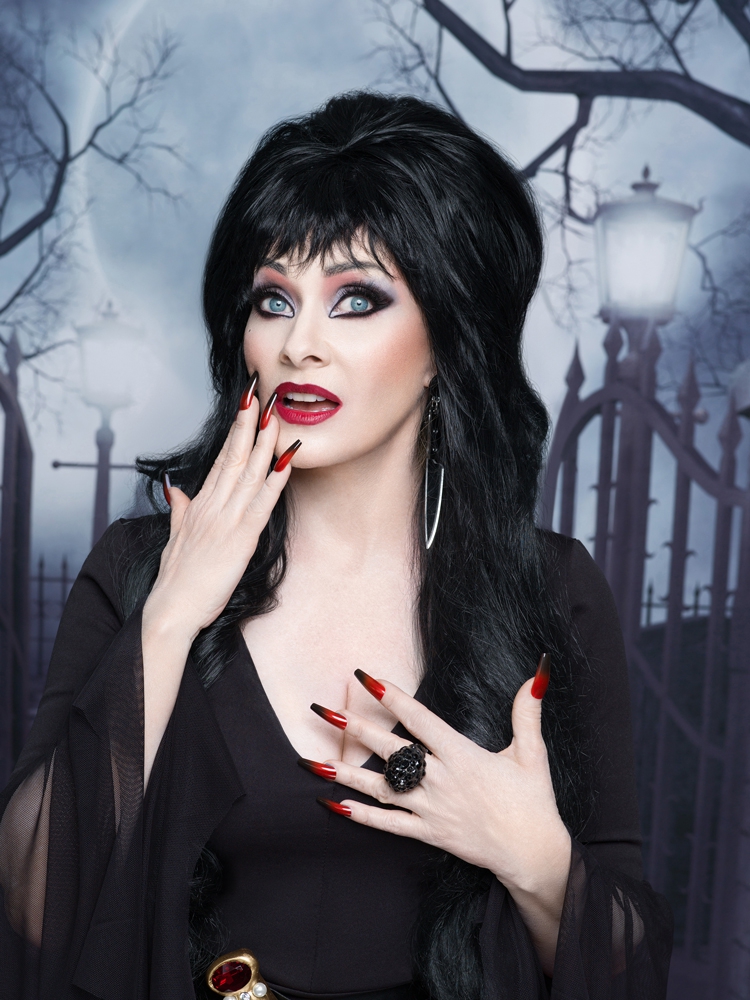 Make sure to follow @FANGORIA on social media platforms for behind-the-scenes videos, timelapse makeup and more from the Dark Divas Pull.